Yep, this summer I did it…I’m a little over 1,000,000 miles, yes, one million miles, lifetime riding, and that doesn’t include racing mileage. If you doubt it just talk to my backside and my back…

I was asked how I knew I had passed the Million Miles. What I have done over the years is keep track of the mileage of bikes I have sold, from my Bultaco Matador that I rode to high school for a year, my BSA Lightning 650 I rode to college…but traded it in (much to my step-fathers dismay) on a new Kawasaki H2, then a Triumph Daytona T100R, then a Honda CB750F…the list goes on. But it was on this last trip that I passed the million mile mark.

My first long trip was with my friends Beny and Mike. Two of us were on Honda 350’s and Mike was riding a Yamaha 650. Beny had turned his 350 into a sort of Chopper, I had an SL350 and Mike on Yamaha. We rode up into the Sierra’s…Yosemite, Tahoe, it was a great ride…even on a Honda 350. From then on I was hooked.

Ten Three Flags Classics (from somewhere in Mexico to somewhere in Canada in 3 1/2 days all on non-highway roads, usually around 2000+ miles with 200 other nut-balls), a couple of “Iron Butt 1000’s” and just riding all around the West.

But this last trip was special. I got to spend two weeks riding with my friend Les Brown who brought me into Motorcycle Coaching 101 and we got to see the West the best possible way…on a motorcycle. 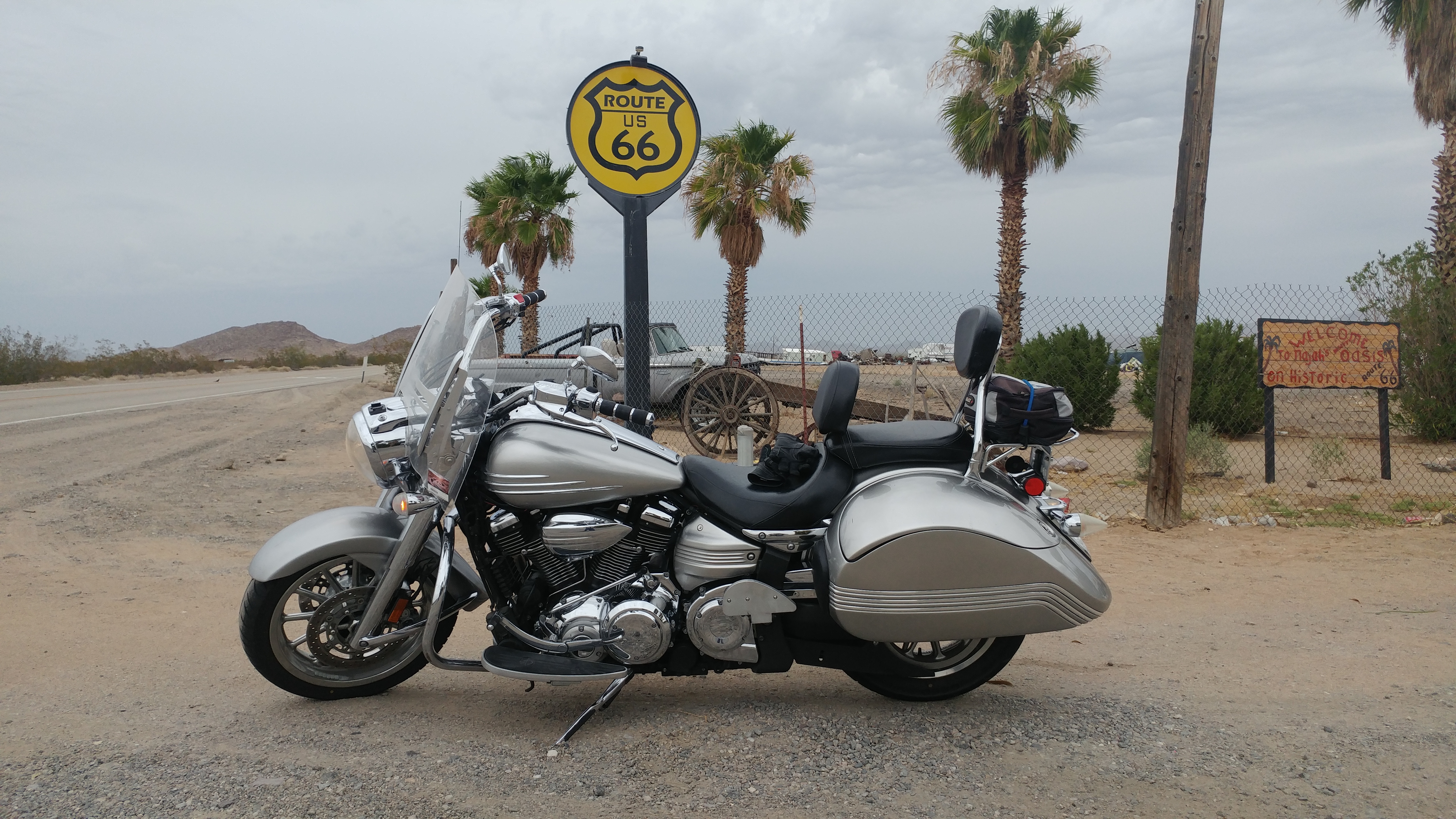 My first day on the road was just 675 miles, I had to coast into  a gas station in the middle of “East AssCrack Nowhere California”, and help a young guy and his little brother push their  bike into the gas station!!??!! We both got back on the road. 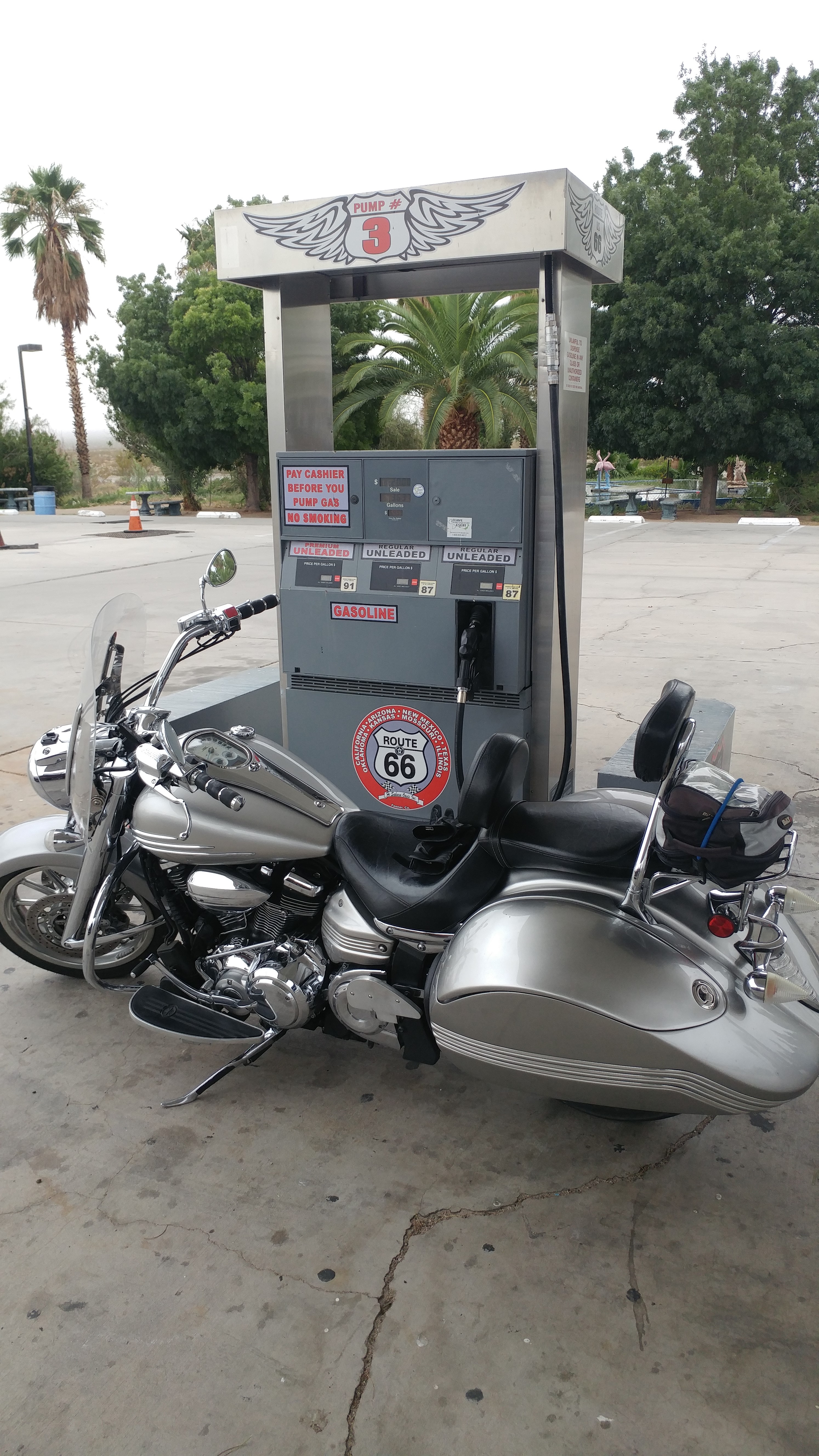 Next part of the adventure was weather. From 106 degrees to rain to hail, back 100+ degrees and more rain. How much fun can you possibly have in one day??!!??Next quick stop..Yeah, I know it’s cheesy but I had to do it. 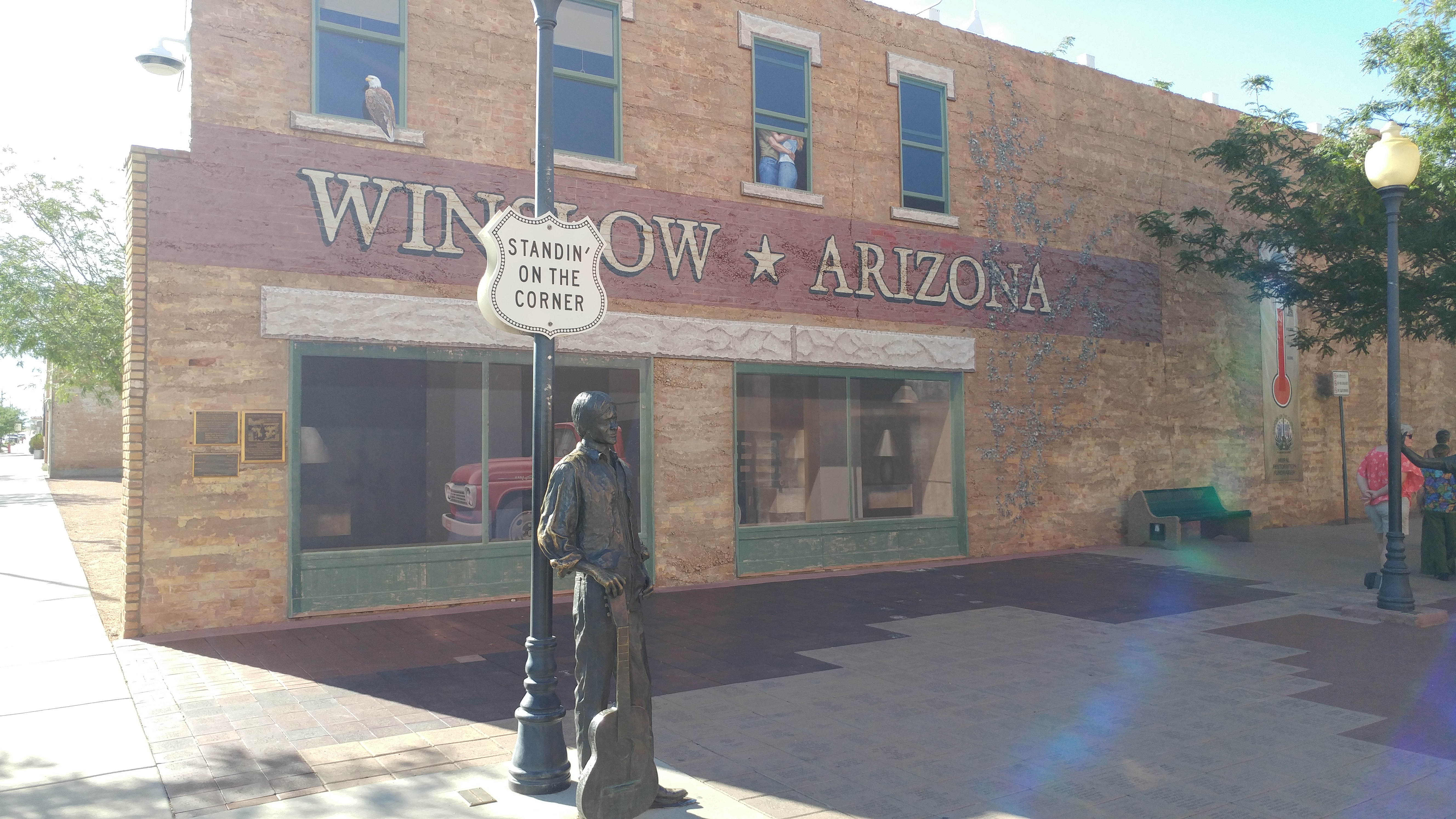 End of the day was Motel 6 in Holbrook Arizona, just a bit shy of 700 miles from home (easy day). So I pull into the parking lot looking for a black Harley Road King…nowhere to be found. How did I get here before Les? He only had to ride 150 miles? well, after a couple of laps of the hotel I see my friend standing next to a beautiful blue Road Glide. The back story here is that as we were planning the trip he was telling me he made some mods to his Road King, he wouldn’t tell me what he had done…mods my ass…he bought a new bike!! Now that is a mod. 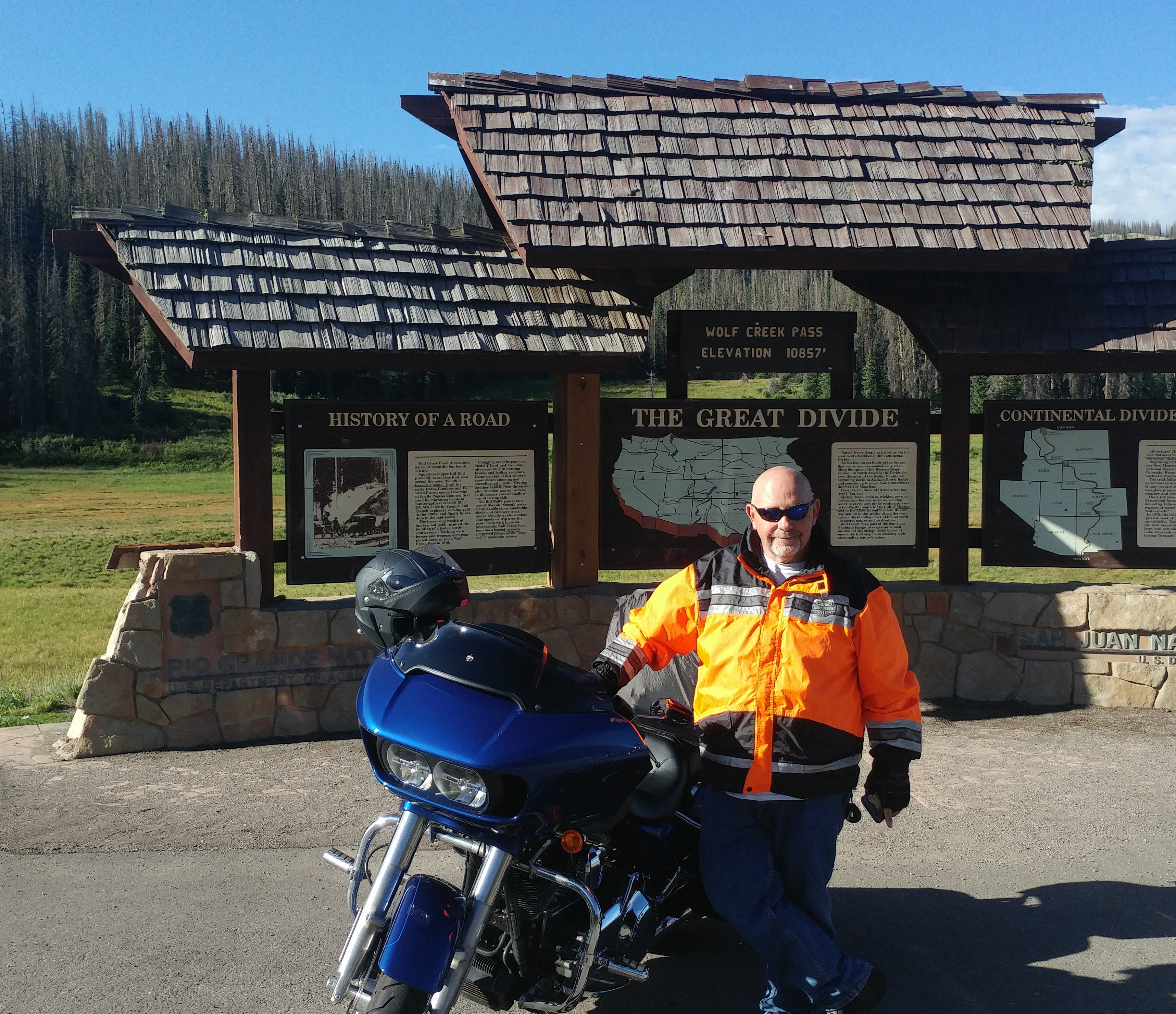 However…towards the end of the day, quess what …yep, it rained. Coming into town it wasn’t too bad but when we parked it hit big time. 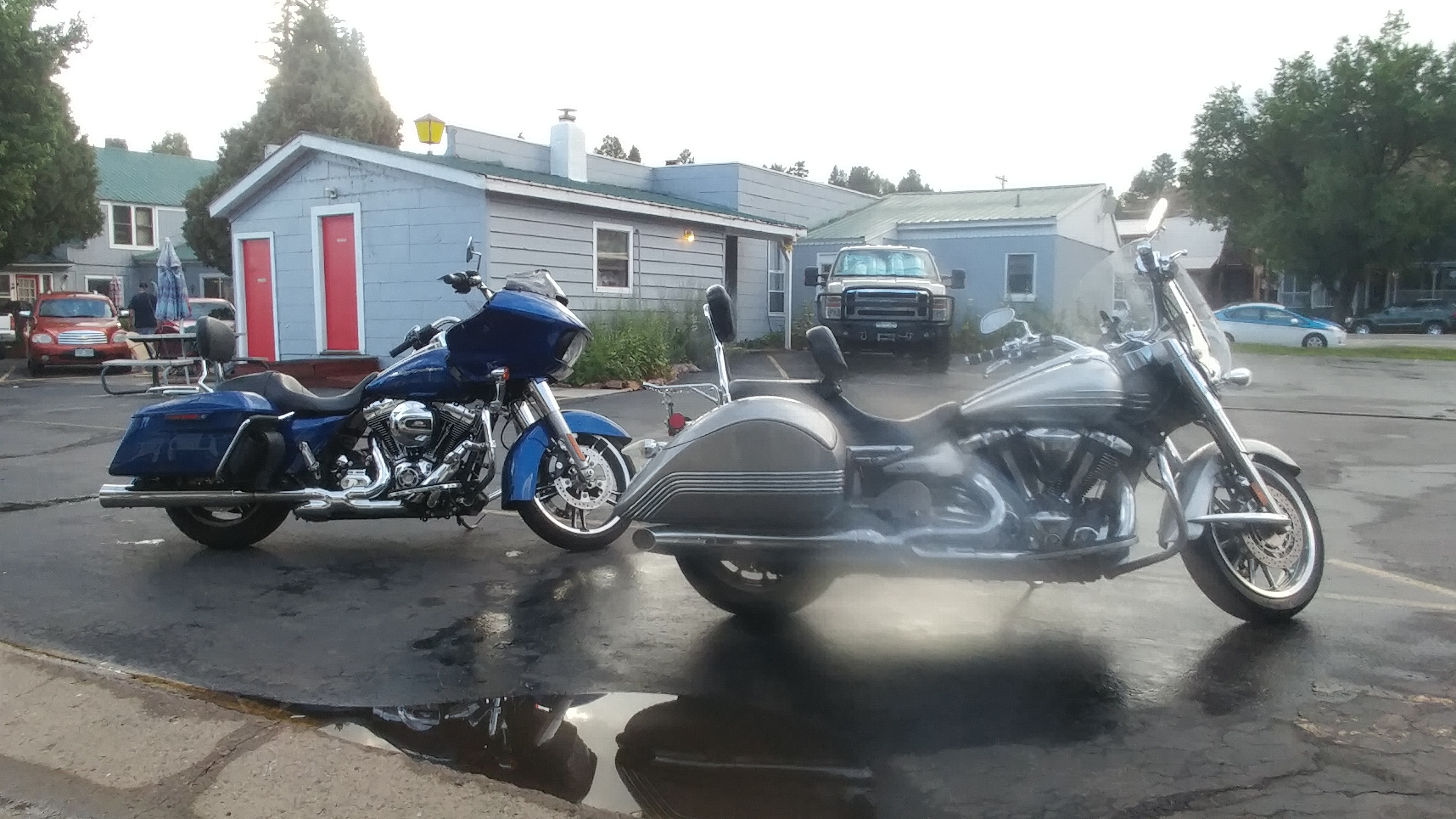 These guys, really cool guys, had it harder than us ..they had to ride these old school choppers IN the rain!

Next stop, Pike’s Peak. Well we thought so. We had a good ride but because of the weather, the road up the Peak was closed. Yeah, it was raining again…what I do to piss off the Riding Gods??? But, in the end we were really lucky…we missed a big Hail storm by 15 minutes. You can see the video of it on my facebook page (Paul Nielsen), I really felt bad for the Domino’s guy…so we gave him a really good tip. HighStockings in the third at Hollywood Park. (most of you won’t get that).

On to South Dakota. We based ourselves in Hill City, South Dakota  where we met a family that was traveling the country so that their daughters could see all the lower 48 states, that was a great story to hear while sitting in the hot tub. It’s stories that you hear and can pass on that make traveling  worth every minute and every dollar.

Crazy Horse Monument, what a project. The photo’s are on the Motoworld website in the Gallery. It was a wonderful story to hear and see. Next on the day was Mount Rushmore. 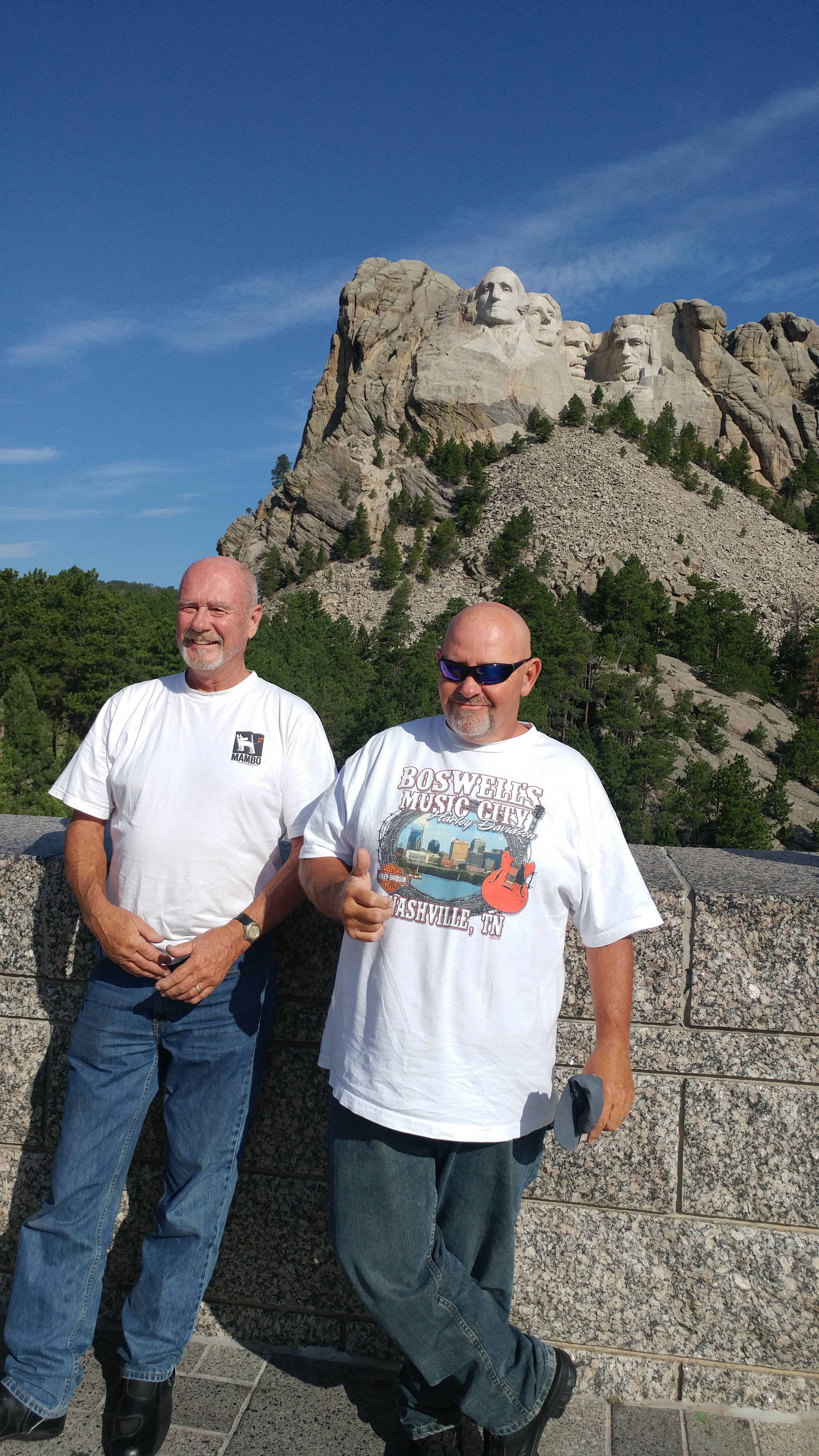 Now those are the six best looking guys in the country! Again, this is an amazing story of how and why this monument was created. It is spectacular.  Ok, back on the road. Sturgis here we come but first, into Deadwood. 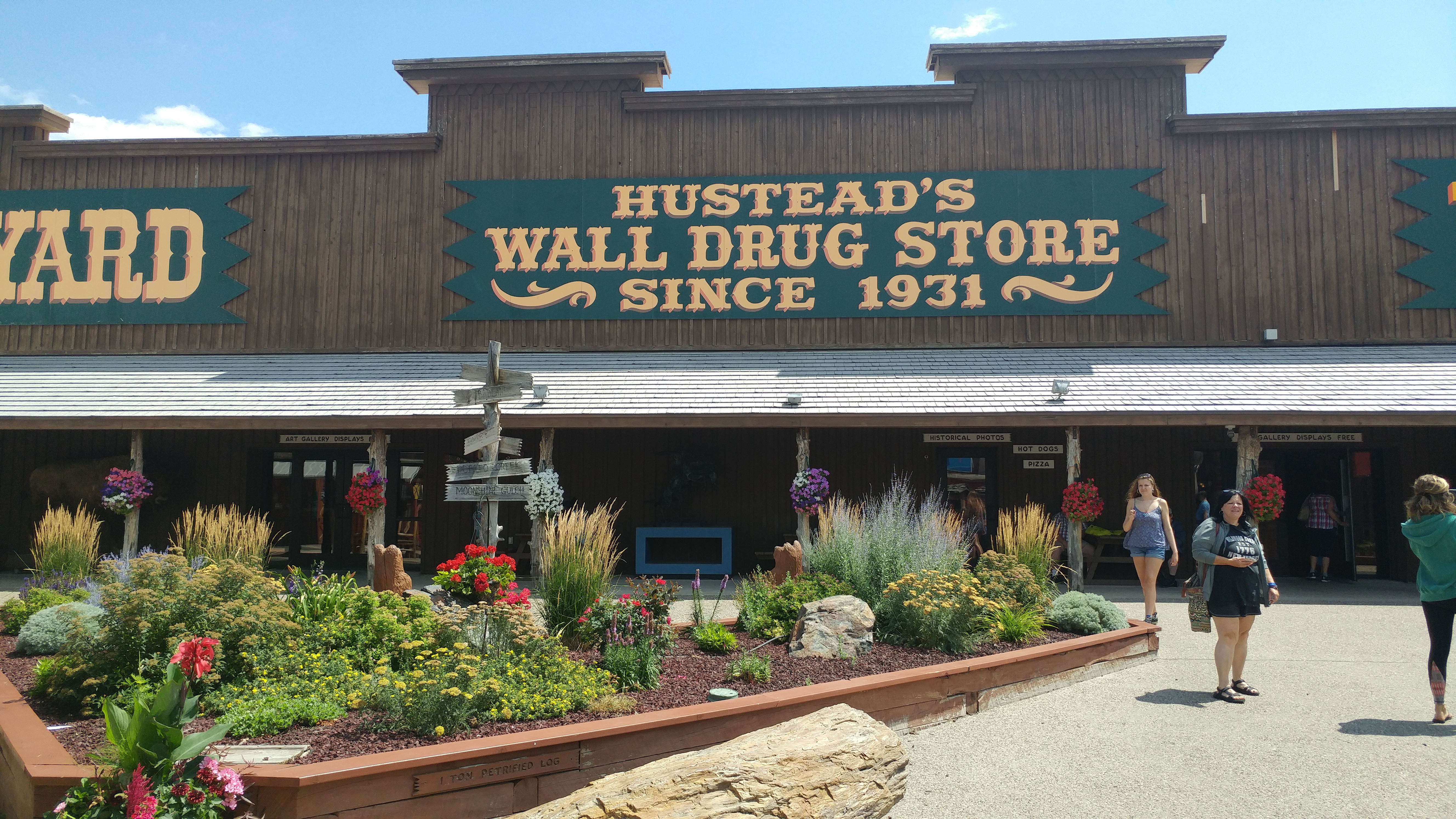 The good part here, we’re NOT going be there for the Rally, whew. We did make the required stop at Wall Drug store before heading into the BadLands National Park…what a place! The store and the Park. 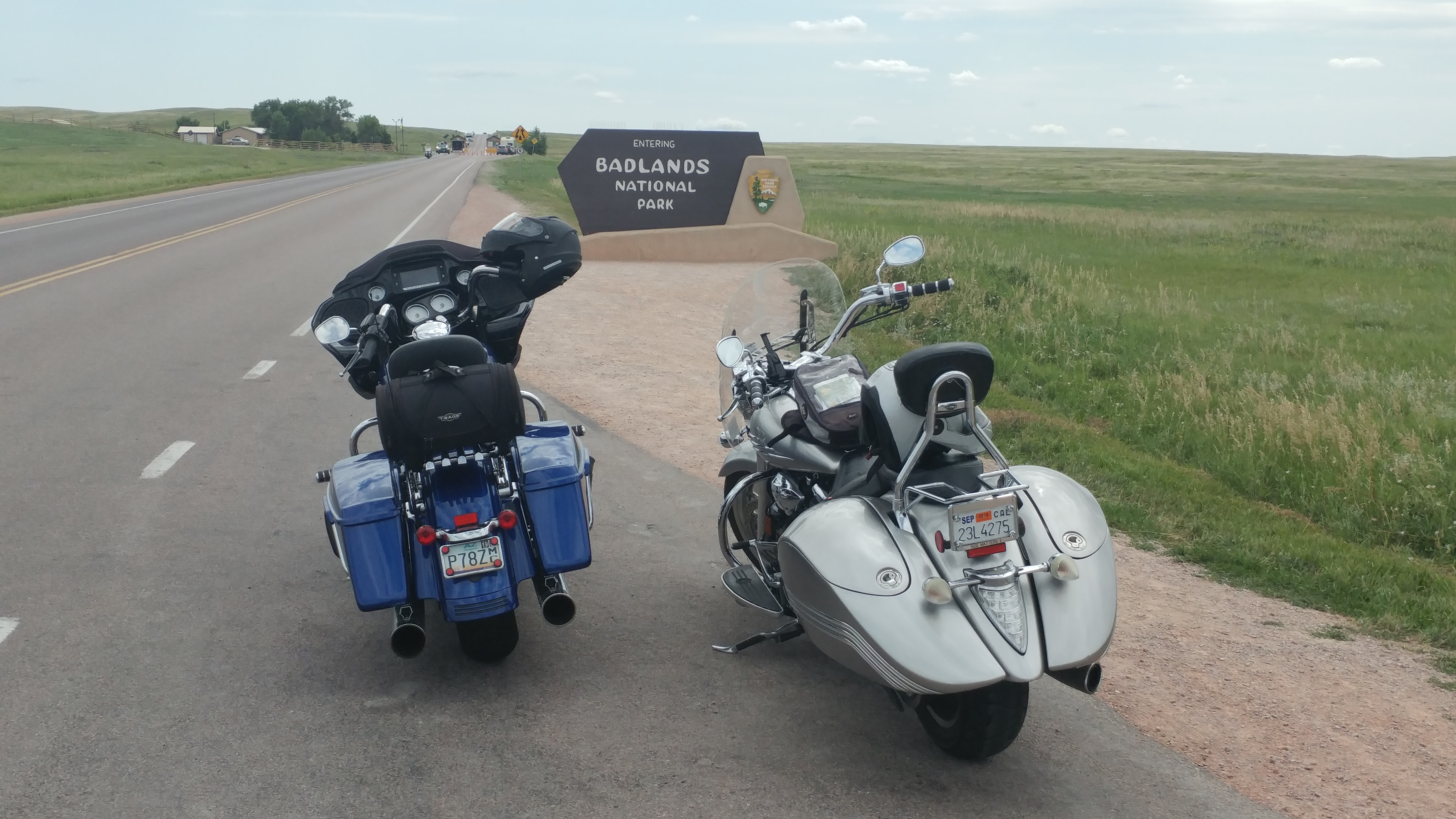 This is last years ride. Currently I am in New York visiting family and friends. But on this trip, Driving not riding, cross country I ran into (not literally) many riders on their way to the Sturgis Rally do I envy them ?? Not in the least. But what I do miss is my riding friend Les..he is there and I hope he, his wife and our other friends John and Melanie are having a great time.